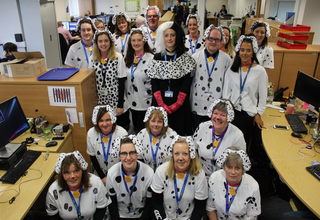 Congratulations to all Weston College students and staff who took park in RAG Week. The grand total raised was £5,899.36. This was significantly more than last year.

As always, there were awards given out to the most creative and successful fund raising projects:

There were several great entries in the Most Innovative Fundraising Idea category. After long deliberation, the award went to Will Price and Jon Barnett from AEC Faculty for the Dungeons and Dragons Escape Room Challenge, which pitted computing students against engineering students across a series of team-working and problem solving challenges, in order to escape a dragon.

The award for Best Use of Digital went to Zoe Benton, Paul Kelly and Lorna Whitford of the Extension Studies Team, for their sponsored silence where staff were not allowed to speak verbally for a whole day; instead they used assistive technology to communicate with other staff and learners.

The award for Best Event goes to the Inclusive Practice Faculty for the Extension Studies Talent Show. The team visited potential venues, carried out risk assessments, advertised the event, sold tickets and decorated the venue. A vast range of learners from Inclusive Practice shared their talents with a packed crowd.

You may have seen the Best Challenge award taking place at Knightstone reception. The prize went to the EHL Faculty for the UPS Mountain Challenge. The team rowed a total of 204 kilometres – the combined height of 24 of the world’s tallest mountains.

Students at Loxton campus may have seen a man with a very eye catching hairstyle walking around campus. They won’t be surprised to learn that award for Outstanding Commitment to RAG went to Rob Heaton of Sixth Form who raised £384 by being sponsored to have his hair cut in the style, and colour, of a gecko!

The most money raised by a student was £126 by Tom Jory of AEC Faculty, who did such a good job of advertising a two day Smash Brothers Tournament, there were often queues of people waiting to participate.

The most money raised by a staff member is £891 by Cameron Lyes of AEC Faculty, who organised and managed a series of events throughout the whole week across the computing division.

The most successful faculty was AEC who raised over £1,400.

Wednesday of RAG week was one of the most entertaining times to be at college as lots of staff members dressed up in an attempt to win the Best Fancy Dress award. This is such a prestigious award it is judged by our Principal, Dr Paul Phillips. This year he decided to give it to MIS aka The 101 Dalmatians and Cruella de Vil.

If you bought a cake, put money in a bucket or collection tin, or took part in a RAG week competition – a big thank you. If you organised an event or competition – an even bigger thank you. The money raised will be split equally between Western Hospicecare* and YoungMinds**. 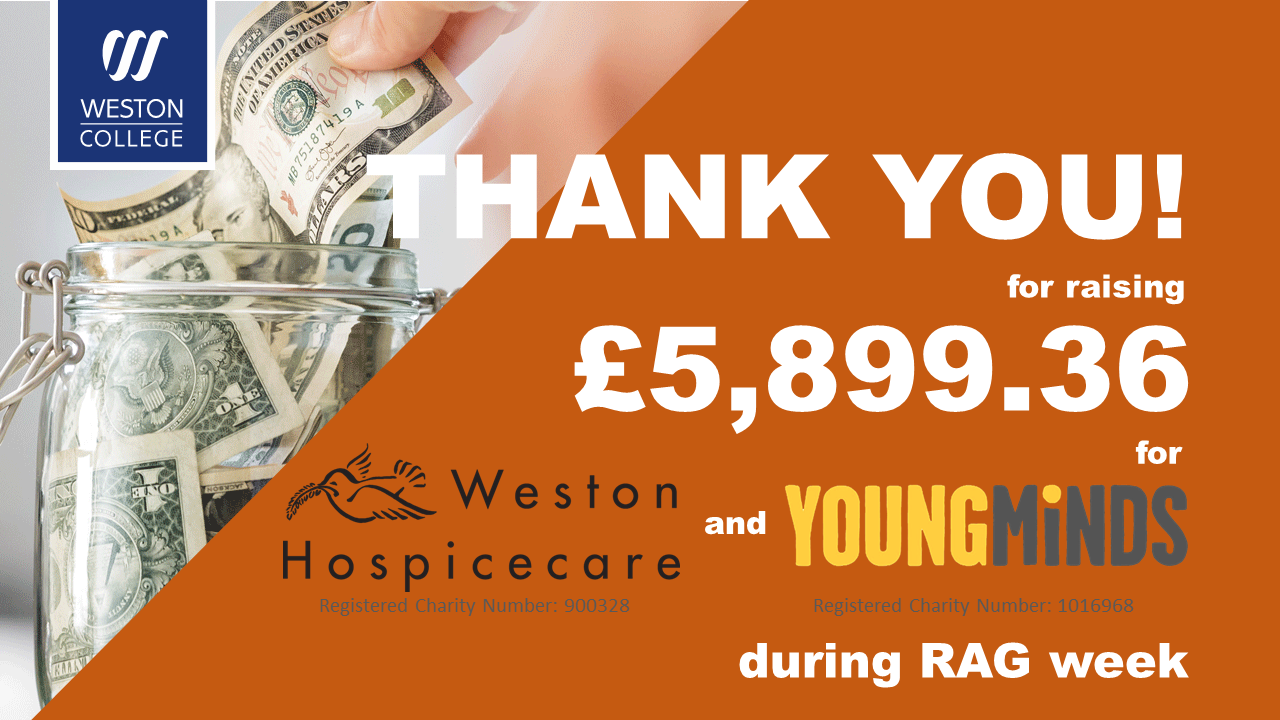